- [Gabrielle Haumesser] That's "Voyage sans retour" from Bertrand Burgalat. We are here to give you the stuff we love, music we love, to introduce you to people. who do interesting things. It's why I invited tonight Justin Wastnage who is going to talk to us about Vloggi. C'est quoi Vloggi?

- [Justin Wastnage] Ah, c'est quoi Vloggi? In fact, it's interesting. I had to translate what Vloggi was into French the other day, but I'll I'll stick to English for this. So, so Vloggi is, is in many ways, analogous to EastSide FM in that it's a community video storytelling platform. So it, it basically at a very basic function is, is a way to get video reviews for small businesses and democratizing video. Really for crowdsourcing video either from your community from your colleagues or your customers. And it's about a thousand times cheaper than traditional video production and about a hundred times quicker. And how it does that but is by basically allowing anybody to be a contributor. So for example, EastSide FM, we could put up a a project looking for listeners to contribute video clips of what they think during a radiothon, for example. Now that's the kind of thing they could do. And then everybody submits videos taken on their phone. And then the customer then puts those together into a branded bit of video, but very cheaply very quickly. So really part of our mission is that democratization of of video video is very expensive only really in the hands of big marketing people with big budgets, big companies and lots of the video that's produced is fairly anodyne. So we come from a different angle and we think that communities should almost be in charge of their own sort of video production. Our goal is that everything that has a Facebook page now should have its own TV channel within a decade

- [Gabrielle Haumesser] Is that what you think is going to happen, yes?

- [Justin Wastnage] Yes, well if you look at, so there's a trend that's going on now that hopefully we're in the middle of towards narrowcasting. So if you think of what traditional broadcasting was back in the, in the, in the seventies when it comes to television or fifties and before that for radio, you tended to have one big state-owned enterprise, (although, not interestingly in Australia, Australia actually went commercial for TV first, before state-owned) But most of the countries there was a state-owned central broadcaster and it chose what to broadcast for the masses. And over time we've seen a chipping away of that as broadcasting has become cheaper. So we have things like community radio that we're on now and the same could happen and will happen for, for video. We've already seen the democratization of, of distribution. So YouTube has basically an enabled any niche subject but still the production is still a bottleneck and we see the future of video being many to many. So not just one person's point of view going out to many on YouTube, but actually if something has an audience of a hundred or 50 or 500 or a thousand, then fine, the tools video should be so cheap that anybody can make video.

- [Gabrielle Haumesser] And for our listeners out there, Justin, why don't you tell us letter by letter, the website with your accent? Not mine. Ha ha.

- [Justin Wastnage] Vloggi so V L O G G I .com which is funny Italians pronounce it "vlod-ji". And I think earlier on you said Vloggi but a lot think like a, think like a video blog, a vlog. And in fact, interestingly, back in 2004 I was one of the first people in the world possibly the first to use the term 'video blog'. I was making, making videos for making films editorial films for a publishing company. And we had a budget of about $45,000 per episode. And that was all paid for by sponsors. And then one time the publisher said all right, we don't have many advertisers on this one. So I said, well, look, I'm going to go anyway. So why don't I just do it myself? So that rented me a camera. I composed the theme music on the on the plane over to Florida. And I just, you know, I shot all the, all the interviews did all the pieces-to-camera and did all the cutaways went back to her hotel room, edited it and then put it up on this thing called at the time The YouTube that nobody had heard of. Right. But then what I noticed was that not only did they get traffic from their site but they also got loads of traffic on YouTube and we didn't want to call it a proper episode. So we called it a video blog. So there you go.

- [Gabrielle Haumesser] Okay, so you'd rather pick pickups. Yes, when it was 2004 we taking about 16 years ago So is it because of now everybody on his phone has the possibility to shoot video?

- [Justin Wastnage] Yeah, exactly. So, so basically, look I've been trying to do this for ever since then really but the difference was that actually the quality of of video cameras on everyone's phones rapidly dramatically improved about two years ago. So now the quality of video that can be shot on virtually anybody's phones is so high that it actually does mean that you can use anybody as a as a footage scout, you know, as a, as a videographer and then you stitch them together. So the power of our platform is it makes it turns this user user-generated video into professional looking montages. So you can have, you know, multi-location multi-destination, multi-device, multi-voice videos easily because you don't have to worry about the video quality anymore because that's all taken care of by Samsung or, or Apple.

- [Gabrielle Haumesser] So your users, who are they right now.

- [Justin Wastnage] So, so we were before, before dear old COVID we were quite heavily in the travel and tourism industry but then actually after that, we found interests from from universities and community groups and Facebook groups. So I mean, our platform relies on people having an audience, having a, having in the communities or, or customers or colleagues to actually make the films for them. So we don't, we don't, we don't recruit any filmmakers. It's up to the, our customers themselves to actually have that audience and have that relationship with classically either their customers. So they may incentivize it through a prize or their community. So a Facebook group or colleagues, we have quite a lot of like real estate agents and travel agents where the owner of the agency compels his staff or her staff to actually produce the content, which then they pull together. So that's the sort of the, that's the

- [Justin Wastnage] They're not sold. So, I mean, so they're Well they're either given or incentivized in other ways. So depending on, and we don't, we don't get into that. So we're just, we're just a bit of software that allows people to pull them together. So however you want to incentivize your so we have some very large commercial companies who give away large prizes because frankly you wouldn't contribute a bit of video voluntarily for let's say a large German car brand, unless you unless you were getting recompensed for it. But, but in the other, on the other end of the spectrum Facebook groups about your neighborhood and about your kind of your local community, you're part of that. And they don't have any money. So, so you willingly give you a video to help that cause. So we don't really care what method people use to incentivize.

- [Gabrielle Haumesser] So how does Vloggi make any money? How do you survive?

- [Gabrielle Haumesser] Okay. That's super interesting. And so innovative. I must say I'm flabbergasted. Like we spoke about that last year and I can see you are really strong into it more and more.

- [Gabrielle Haumesser] And this is EastSide radio and this is Forever French. This is a special radiothon evening 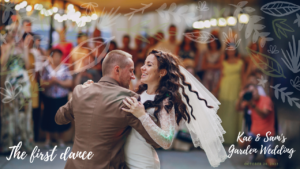